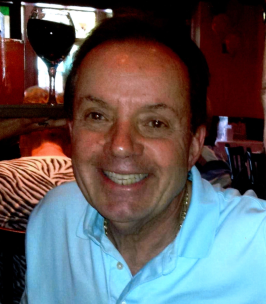 Alvin "Ally" John Stubenvoll
December 2, 1943 - June 30, 2021
Born in Yonkers to Alvin and Margaret (Healy) Stubenvoll, Ally was raised in the Throggs Neck section of The Bronx. He attended Cardinal Hayes High School and Manhattan College on a scholarship before enlisting in the United States Marine Corps in 1966. One year later, Ally married his neighborhood sweetheart, Catherine Saccente, who would celebrate 54 years together. In the 1970's he moved his young family to Harrison while working for the New York State Insurance Co. in Manhattan where he was a firsthand witness of the 9/11 attacks. Ally also had a private tax practice where he asssisted countless people over the course of six decades. Known for his quick wit and vast knowledge on many subjects, he was a great conversationalist who enjoyed fishing and watching the Yankees. Ally was a parishioner of St. Gregory's Church and proud member of the Harrison and Vietnam veterans organizations.
Loving husband of Cathy, father of Michael and John (father-in-law to Denise), grandfather of JP, brother of Margaret Carlson and Paul (predeceased).
Services will be held at Harrison Funeral Home, on Tuesday, July 6, from 4-8pm, followed by mass at St. Gregory's Church on July 7th, at 10am, with interment at Gate of Heaven Cemetery in Valhalla, NY.
In lieu of flowers, the family requests making donations towards cancer research.

All rights reserved. This obituary is also archived at obittree.com